Is the forum worth it?

I don't do facebook gun groups, and even have not done facebook at all for a while.

We all know that the price of ammo should be half of what it is, maybe a bit more because of inflation, but not double. That make you feel like you are being ripped off every time you order it. The primer shortage seems to be better, but those prices are triple what they used to be.

Typically, I think most of us were not sensitive to the MSM and PC crowd political pressure, but sh*t has been getting real lately with videos of ATF raids on gun parts manufacturers, door knocks on gun parts buyers, any conservative white person is now on the FBI domestic terrorism list as a potential white supremacist because you own a gun (or post on gun sites) and there will be more.

Specifically to Canik, they are not a rapid development company. They have many challenges being based in Turkey, all of which are understandable. But the Mete series is technically a minor upgrade and the Rival is a minor upgrade from that. All still great guns, but not as cheap as they once were and not compelling for a lot of people with a lot of competition out there. For instance, RMR cuts are pretty much table stakes for any new gun, even in the budget category.

They desperately need a P365/Hellcat option, the SC was never a super-compact competitor there due to it's top heavy weight. It has a MUCH better trigger and better recoil control, but is not nearly as comfortable to carry (yeah, yeah, I know, people are carrying SFx's with Holosun 508's and an Olight and nobody even notices when you are carry in your Speedo at the beach...).

Anyway, not much excitement on the new product front.

Lastly, I have tinkered throughout Covid with all of my guns and it was fun, but they are all pretty much where I want them (still a couple of finicky P80's). But now it is time to start and keep re-engaging with people, and that takes time. No so much on my side, but a lot of personal and business friends are just now starting to meet face to face. So with that and a bit of depression over the current feds, just not shooting as much.

Back to this forum. I read the forum at least every other day, don't post as much as I used to and like others have zero social media presence, so this is it.

I have no idea how much time is involved in running a forum, it is hard to understand how it is not pretty much on auto-pilot, but again, I have no experience there.

As far as cost, I have no idea and have asked several times, but for some reason it seems to be classified. Let us know and figure out how to accept donations (even if it is a paper check to a PO Box...), and I don't think that there would be a problem financing it. Someone with some time and understanding of internet marketing should be able to get some advertisers and even make a bit of money off of it.

I will miss this if it is gone. I still don't understand how Canik is not better recognized as a fine gun in the general community. Whenever I see it reviewed by the YT'rs out there or in industry publications, it gets a tremendous amount of respect, but I think that FB and Reddit just dominate the younger folks. But this is our little community that understand that these are one of the best bang for your buck pistols out there.

And the folks here are generally good folks and have a good sense of humor, which you don't find in many forums. There are exceptions, but I won't name names (but they rhyme with Dodgerboy and LT PUSSA...).

Let me know if there is anything I can do to help.

By Ghostwolf308 -  Sun Oct 30, 2022 11:30 am
Like 2
-  Sun Oct 30, 2022 11:30 am #47352
Ill say this. Currently the forum is pretty much on auto pilot. Obviously we would like to see the forum keep evolving to finalky get it to where we all want it to be. However the current owner can no longer handle the costs of running the forum. The reason I posted this is because I am thinking about taking over the financial aspect to keep the forum running.
I'm on Instagram as @wildland_outdoors.

Not sure what the total cost is. I need to talk to the owner and figure it all out. I agree we should be able to get some ad revenue coming in as well as donations but thats something that will have to get worked out.
I'm on Instagram as @wildland_outdoors.

ncjw wrote: ↑Sun Oct 30, 2022 8:17 am And the folks here are generally good folks and have a good sense of humor, which you don't find in many forums. There are exceptions, but I won't name names (but they rhyme with Dodgerboy and LT PUSSA...).

I for one try to post when I have info that someone else might find useful. Maybe that's too babbly, but this forum can help Canik users avoid mistakes in their upgrade projects as an example of its value. Having duplicate discussions (like a generic ammo discussion) might not be useful since that can be found in bigger places perhaps, but having Canik-centric topics seems fundamentally useful for users (and maybe even Canik).

By Bruno911 -  Mon Oct 31, 2022 9:23 am
Like
-  Mon Oct 31, 2022 9:23 am #47383
Has anyone thought that perhaps Century Arms should defray some of the cost of this forum? It seems like an important promotion channel for their brand, and as US companies that sell foreign-made products should know by now their job/contribution is brand management/promotion. Maybe Century Arms should be approached to see if they're willing to invest funds to help promote their Canik brand? From their perspective it seems like a no-brainer "yes" (but that's the way it looks to me of course). 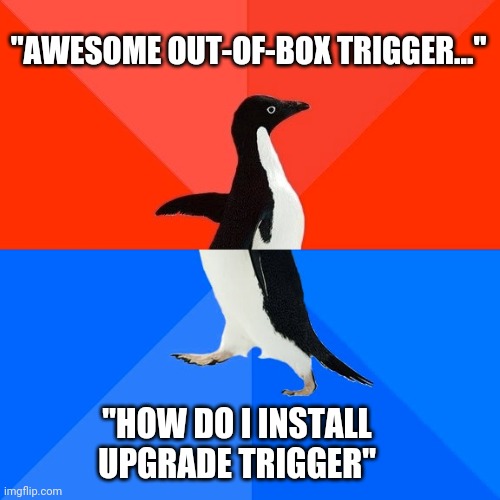 By colonel00 -  Mon Oct 31, 2022 5:02 pm
Like
-  Mon Oct 31, 2022 5:02 pm #47388
I'll also echo that I prefer forums to FaceySpace or Reddit. Definitely been slow around here. I can't put my finger on it but just seems like Caniks coming out are pretty refined so there isn't a lot of issues people need help with. Also, accessories fairly stagnant so not much do discuss there either.

Keep it going if you can.

keltex78 wrote: ↑Mon Oct 31, 2022 10:59 am I still frequent the forum, but don't have much to contribute. It would be nice if the forum has some more diverse content... Discuss things like reloading, and maybe Canik lovers discussing non Canik products. It's always nice finding info on other budget-friendly options.

This, we can only talk about Canik so much. Maybe a black rifle area, other guns and gunsmithing. I realize we can talk about this stuff, and I am sure there is a wealth of knowledge here. There is a reason I come here and other like forums and not the AR-15 forum.

Welcome! It has appears you have embraced the add[…]

Hi Rick, please can you tell me which springs (Gl[…]

Welcome to the forum, Adam.

hello pros hope you guys are fine well i have mete[…]