New Members, take a moment and introduce yourself. Tell us a little about you and your interest in the Canik brand of firearms.
Reply

Did a little shooting at the range with rental guns, but didn't find anything that I really liked the trigger on. Nearly 40 years ago (just after high school) my then-girlfriend and her family introduced me to their target rifle league, so I was looking for something with a trigger pull on the light end of the spectrum. After talking with one of the guys at SPB, he had me check out the TP9 Elite SC, and I fell in love with the trigger. They had a tungsten one (I love the subdued 2-tone look) in stock for a long time and I kept putting off buying it, so when I finally decided to pick one up they were sold out.

Then in late August, with all the pandemic and election unrest going on, we bought my wife a Glock 43X, but still no Elite SC in stock. We went to shoot her Glock and her dad's old service revolver (S&W 38 Special Model 10-5), and I checked the display after coming out ... still not in stock, but I asked and one of the guys says "yeah, we just got two in that aren't on display." So, even though I had just bought a gun the week before, I just HAD to buy that TP9 Elite SC Blackout (and even got the manager to give me a 5% discount for buying 2 guns!).

I've only put about 300 rounds through this gun, but I have to say it has the SWEETEST trigger I've ever felt on a handgun, in my limited experience. I've had 1 FTF out of that, but not sure if it was because I was using a mixed bag of bulk ammo or not -- it did go boom after I re-racked and pulled the trigger a 2nd time.

The only thing I'm not thrilled about, so far, is the blackout rear sights on this gun. So I stumbled across this forum while searching for a good set of night sights.

Not sure I have anything I can add at this point with my limited experience, but look forward to spending a little time getting to know you all (and my Canik) better.

And Thanks for your service! 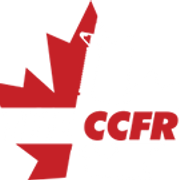 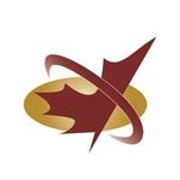 Hey yall I have the TP9SFX and I'm trying to switc[…]

Just wait a doggone minute. Is that a ukulele […]

I grew up in Maryland. Wised up and moved to Flori[…]