General Discussion Section for All Other Makes and Models of Handguns and Rifles, including Aftermarket Accessories. Please keep Canik Firearm discussions in the Canik section.
Post Reply
46 posts

Added some new upgrades to my 18” AR today - they are very likely comp use only but if you are a comp shooter...the gun feels amazing.

I will be fully testing them this weekend.
1 x
Top

A quick check (combat vs. competition):

Take your bolt carrier group out of the AR, grab the bolt and pull it as far forward as it will go (while still in the carrier) and then set it upright on a table with the bolt on bottom...

If you have a SD/SHTF AR, you are running a full weight M16 bolt carrier, a milspec bolt with milspec gas rings and the carrier drops towards the table when you balance it on the bolt side...your gas rings likely need to be replaced. Remember the rule: reliability is your first priority with a SD/SHTF AR. Worn gas rings can be pretty damn worn before causing a single mis-feed...unless you add some dirty ammo, some grit and grime, extreme temps and maybe a slightly dry gun. If the bolt carrier drops, replace the rings just to be safe.

If you take a competition bolt carrier, with competition gas ring(s), a competition bolt, etc. and do the same test...if the bolt carrier falls down around the bolt under its own weight, it likely doesn’t mean squat other than your AR is very well tuned for competition (unless you are having reliability issues). Yeah - it’s a totally lax standard for gas leaks until you notice a problem as an ever-so-slightly loose fit can amount to smooth and fast.

I will post a pic or video if the above didn’t make any sense.

Side note: the above isn’t a test for a brand new BCG - that’s for after some break in...unless you are talking about a competition AR. If you are talking about a competition AR, it should be where you want within forty or so rounds. Yeah - I said 40 rounds (if am being lazy and using 55gr xm193)...splatter with lube, 12 rounds to spread the lube around inside the gun and settle things in, 8 more rounds to dial in the gas system to last round lock back (with a safety margin) and then 20 almost-zero-recoil giggle...I mean “verification” rounds.

Sneaky maneuvers:
On a competition AR, ditch the three gas rings. If you know how a key ring works, you can figure out how to get them off. Replace them with a single piece JP gas ring (which also works just like a key ring). When new, add a drop of lube to the gas ring(s) before testing and tuning...

If you are running a brand new competition AR and trying to dial everything in, run it wet at first. The bolt, BCG, buffer, etc. should all have a nice sheen of gun oil on them...or maybe a mixture of 3 oz of Royal Purple synthetic 5w-30 with an ounce of Marvel Mystery Oil (shake well before applying)...it isn’t the slickest goop I have come up with but it works great for break in.

ARs run better wet under almost all situations but break-in with a new AR is certainly the time to slather them up to run wet.

Almost forgot to mention this: on a defensive/SHTF use AR, run the above gas ring test fairly often. Every now and then you will get a carrier that has a slightly rough spot on the inside and it will eat gas rings until it wears in. I usually just replace the gas rings until the rough patch smooths out on it own for a couple of reasons:
1. Gas rings are cheap and very easy to replace
2. The inside diameter of the carrier has to be spot on - if you try to smooth out the inside of it and go overboard, you will end up having to buy a new carrier. If you have access to a machine shop and tools that can manage that level of accuracy, feel free to clean up the ID of the carrier...
0 x
Top

I probably should have broken this up into two threads but highlighting the differences is some times very valuable info as you can cover what to do on one while also hitting “never do this” on the other...

Split em up or leave both in the same thread?
0 x
Top 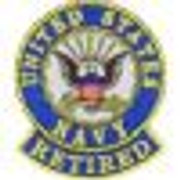 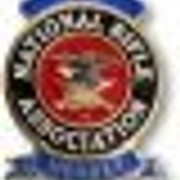 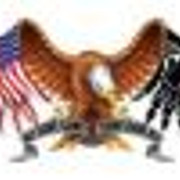 I was going to vote break them up, but I'm capable of following along, and some of the comp stuff may be useful if I ever get days off when the local clubs have matches.
1 x
Top

The ammo shortage has brought testing to a crawl until I can reload some 5.56.

My current goal for a run and gun competition AR is to get one entirely dialed in for USPSA minor power factor ammo. Minor? For those new to USPSA multigun, it is worth pointing a few things out with regards to rifles and power factor....

While you are likely very safe in assuming any Milspec ammo marked M193 will make minor power factor with a solid safety margin, it is still a good idea to zip a few of them over a chronograph just to make sure. Even if they are like 80 cents to a buck a round at the moment.

I will add some load data to this later - I just changed out my comp changed my load slightly so I will verify it before adding the info. There is nothing worse than shaky load data...so mine will not be shaky.
2 x
Top
Post Reply
46 posts