General Discussion Section for All Other Makes and Models of Handguns and Rifles, including Aftermarket Accessories. Please keep Canik Firearm discussions in the Canik section.
Post Reply
13 posts • Page 1 of 1

Present... I picked up a Wilson Beretta Combat Tactical 9mm a few months back and well.. It's a Wilson.. What can you say.. They have a reputation for a reason... Amazing accuracy...

Well... I plucked down a chunk of change and signed up for my NRA Instructor Pistol Shooting Course license.... One of the minimum requirements is 16 out of 20 rounds within a 6 inch grouping at 40 feet.... With the Beretta iron sights I'm able to constantly score well within requirements... With the SFX with red dot. Not so much... The dot jinking around just seems to mess me up... I'm going to take several trips to the range before my class starts in March, and I am going to pull the red dot off and put the iron sights on the SFX to see if there is any improvement shooting that way.... I would have taken the red dot off before, but. I can't because my SFX is my wife's favorite gun to shoot... She loves the red dot... I also just picked up a CZ SP-01 Phantom yesterday and hit the range this morning with it and I'm pretty impressed with it as well.. I didn't try for the long shots, but once I get back to the outdoor range with better lighting I'm going to pit the Beretta, Canik and CZ up against each other and really find out which one I shoot best...
1 x
I identify as a transgender chicken and every time I cross the road I ask myself why
Top

It will be interesting to see how it plays out.
0 x
LT I'm with ya. I shoot better with irons. If I slow down and take my time, I can produce tighter groups with a red dot, but I'm faster on target with irons. I'm not much of a bullseye shooter, so I'm not too concerned with real tight groups. I suppose it all comes down to training tough. I'm sure if I exclusively shot with red dots, I'd be a lot more proficient. But since most of my favorite guns don't accept red dots, irons it is for me. I have a red dot on my SFx, and one of my Elite Combats, but I still shoot irons more.
0 x
Top I know I'm better and faster with irons than a red dot. I suffer from hand tremors. Some days not so much, other days.....OMIGAWD!! When they hit, trying to shoot a red dot is like watching the paint shaker at Sherwin-Williams. On my calmer days they're fine, but I never know until match day how they're going to be, so I have two SFX's. One with dot, one with irons. I either shoot carry optics or Limited. Even if I'm shaking a bit, the dot shines if there's a Texas Star somewhere in the mix.
1 x
Top

I shake too. I let the red dot vibrate around focusing on the point I am shooting at an then shoot the gun vibrations in all. I really do like my SF trigger take up is a lot more than I would ask for but after the take up it shoots very well.

In archery we would say a shot needs a good follow through. I find the same need with pistols and rifles. What I am suggesting is that it is more important to shoot the gun well more than eliminating the small vibration you may be able to see with the optics. I also find that adjusting the dot intensity will help. Using a finer dot size by adjusting the dot to the lightest setting will make it easier to hit a small target and for shooting fast I use a high setting (or in the Burris auto will work) to keep the dot easy to find.
1 x
Ruger Mark IV 22/45
Rossi RS22 Rifle
Canik TP9SF
Top

Hi Mike,
I am going to take that course as well, eventually. Is there a push to shoot the shots within a certain time frame? I generally never shoot past 30 ft., so would have to start practicing out to 40 for sure at some point.

Thanks, and good luck - I am interested to hear your progression up to,during and after qualification

qballbandit wrote: ↑
Tue Jan 14, 2020 9:46 pm
Hi Mike,
I am going to take that course as well, eventually. Is there a push to shoot the shots within a certain time frame? I generally never shoot past 30 ft., so would have to start practicing out to 40 for sure at some point.

Thanks, and good luck - I am interested to hear your progression up to,during and after qualification

Not that I read, here is the qualifications.

I’m excited, I love to introduce and teach new shooters into the sport. I’ve had many requests to do so, so I figured I might as well get my instructor certification. I’ll eventually move up to getting my Texas LTC instructional license as well and maybe even some tactical training. Below is the class information

https://www.nrainstructors.org/docs/Pistol_06162017.pdf
0 x
I identify as a transgender chicken and every time I cross the road I ask myself why
Top

One of the reasons you both might feel better with irons is the simple fact that Caniks don’t allow for a co witness. The reason co witness iron sights are important is because as you break the shot and the slide recoils and you’re dot disappears from the window, you can use the front sight as a reference to get the slide lined up and as soon as the dot appears back in the window, you go back to target focus (an advantage of the red dot) and place the dot on your desired point of impact and break the shot again. I wouldn’t be surprised if this method allowed for faster red dot shooting. Also, I would argue that in a civilian context where there can very possibly be multiple no-shoots (and probably will be, there were for me), accuracy is much more important than speed, so long as it arrives in time of course as they have to be balanced. But looking at last weeks shooting in Texas, that was a 30-50ft headshot it seems very relevant. I mean in my local wal mart, 25-50 yard shots are present everywhere, and with the DHS releasing a statement Iranian suicide bombers have been heading through South America and will be at the border soon, accuracy, and headshots, become much more vital. I know what the “average” distances are but in my own self-defense situation nothing was even close to “average” stats in any way. I mean, is it better to put less rounds closer to vital areas or more rounds to the whole target? Just my 2cents but look at this hit map for FoF scenarios ran by Sage Dynamics, with pistols with a red dot ONLY or irons ONLY. The results are staggering. Less rounds fired for red dot shooters but significantly
higher accuracy. Which would you rather have? Of course you can be badass with irons but there’s no such thing as cheating in a gunfight so I will leverage every advantage I can afford to. I implore you to read the whole thing. 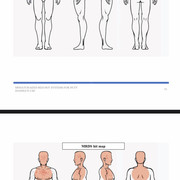 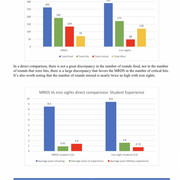 Stupid rain.... I had a outdoor range day scheduled for today...... Was going to do my comparisons..... Storms all day today... Oh well. I'll try for next week.
0 x
I identify as a transgender chicken and every time I cross the road I ask myself why
Top

Thanks SFXMN, and thanks Mike for the PDF

With regular practice I can hit 6 out of 10 at 75 ft with iron sights on my V-2. I have to be shooting at least once a week.