General Discussion Section for All Other Makes and Models of Handguns and Rifles, including Aftermarket Accessories. Please keep Canik Firearm discussions in the Canik section.
Post Reply
4 posts • Page 1 of 1

Earlier this month bought a Ruger Single Six. Well, this last week found myself with enough money to add a second revolver. I used to have a 4.75 inch Heritage and sold it off to a friend, he still uses it a lot. I came across a special Horseshoe Rough Rider edition at PSA with a 6.5" barrel, even though I like my Ruger this gun looked kind of neat. Was $169 so with shipping and xfer fees cost a little above $200, just picked it up tonight at LGS. Haven't shot it yet, has a good lock up and nice trigger. Plus i have around 2000 rounds of 22lr laying around so I figure can share it between them. Besides the cost, Ruger was $200 more, the main differences are the Ruger has adjustable sights and transfer bar safety. The Heritage has the traditional four click hammer with the second freeing up the cylinder for loading and unloading. Also the Ruger has a wider more curved trigger, which I believe is part of the bisley version. So it's not exactly the same but am hoping the RR will shoot ok. Below are some pictures of the RR and Ruger and a link to PSA is anyone is interested. If I want can order a magnum cylinder from Heritage for $29, which to me defeats the purpose as a box 22 mags run as much as a box of 9mm. Shooting 22lr to save money.

First up, the Heritage comes a cardboard box, which isn't too bad. 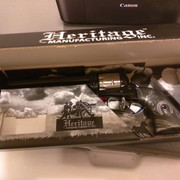 Here it is out of the box, I Like the grips and believe the cylinder to be nickel, or stainless, shiny makes me think nickel. 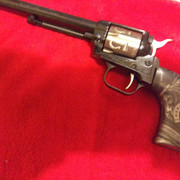 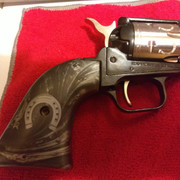 I have both the Ruger and RR side by side, much the same size. 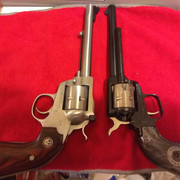 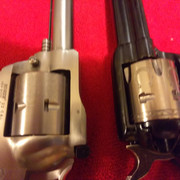 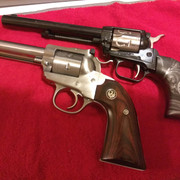 Here are the cylinders side by side, they look about the same, but different enough where they will not exchange. 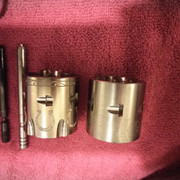 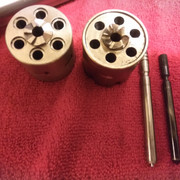 I know some don't like two different guns serving the same purpose, in this case 22 plinkers. I like these in the fact don't burn through ammo as much and it's cheaper. I will still shoot my TP9V2, but these will get me by when money is tight.
1 x
Top

Heritage Rough Rider is on my short list. I want one for plinking, and I think my young daughter would really enjoy it too. Lot's of good reviews on them.
1 x
Top