General Discussion Section for All Other Makes and Models of Handguns and Rifles, including Aftermarket Accessories. Please keep Canik Firearm discussions in the Canik section.
Post Reply
28 posts

tolofrhr wrote: ↑
Tue May 14, 2019 7:38 pm
I had a ParaOrdnance double stack .45. I loved the feel of the gun, I have bit hands and it filled out great. Unreliable as hell. I was lucky to get a full magazine through it. Didn't matter what ammo. This was back in the mid 90's. Maybe they got better but Ill never have one again.

I had a P13.45. It was marginal out of the box. I did A LOT of shoveling brass, pressure washing shooting benches, and cleaning up in general in exchange for a bunch of work. Ejection port, feed ramp, custom safety work.... it was tuned to like Hydroshocks. It still didn't like Black Talons when they came out. I still regret selling it.
0 x
Top

I had an Intratec AB10. Purchased new for $150, years later sold it for twice that to someone who really wanted it. Took the $300, and put that toward a full size Bersa Thunder 9mm. I know I got the better part of that deal, never regretted letting that one go.

Interesting thing was, the pistol was 100% reliable. I don't ever remember having a failure of any sort. Thing was very inaccurate though. The report was always a peculiar "pop"sound rather than a typical "bang". One day, I dropped a 9mm bullet through the barrel, and it fell straight through without engaging the rifling. 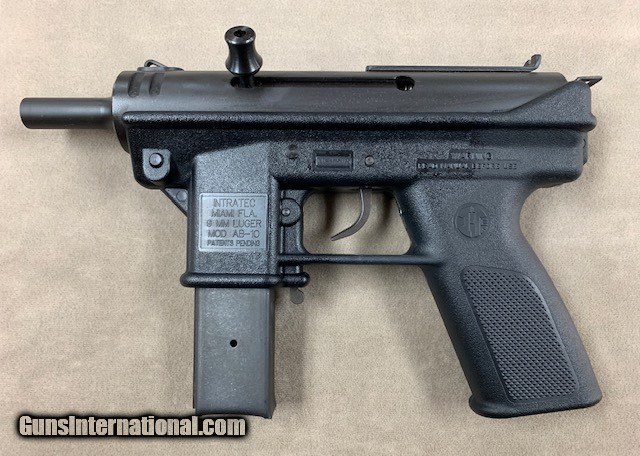 I had a intratec too but i had the one with the shroud on the barrel. I had similar results for all the shit i heard people talk about it being unreliable junk it ran fine for me but accuracy was whole nother story. better sights and a brace may of made a difference but braces didnt exist when i had it.
0 x
Top

tolofrhr wrote: ↑
Tue May 14, 2019 7:38 pm
I had a ParaOrdnance double stack .45. I loved the feel of the gun, I have bit hands and it filled out great. Unreliable as hell. I was lucky to get a full magazine through it. Didn't matter what ammo. This was back in the mid 90's. Maybe they got better but Ill never have one again.

Maybe you had one with a problem. I ran one in USPC shooting for a couple years and it was as reliable as a Glock. It's one of the 2 pistols I really regret trading.
0 x
Top

This is fun. My worst was a hipoint cf380. Threw a dumb bid in on one on GB and ended up winning. Worst part is I didn’t even notice it didn’t come with any mags. So all in with mags I spent more than I should. It does go bang but is one heavy and ugly piece of work.
0 x
Top

Oh yeah. If there was a positive about that thing is that I learned to pay attention to what I’m bidding on.
0 x
Top

I guess I have been lucky as I have owned many,many guns and never had one that I hated or was unreliable. Some required minor tweaking but nothing major.
I have had some that I tried to like but they just never worked out for me. Ruger LC9, smooth trigger and reliable but I just never liked it.
Glock 43 was the hardest gun to hit with I have ever owned. Me and it just butted heads.
0 x
Top

I forgot to add S&W SD40VE. Bought it, put 50 rounds through it and sold it all within 48 hours. As a matter of fact I used that money to buy my first Canik. Guess you could say I went from worst to best.