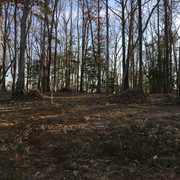 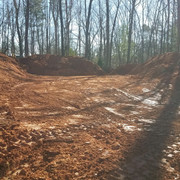 Still a long way to go, but I'm getting there. It's pretty much roughed-in now, should be able to close off the right rear in the next few days. Then the arduous task of smoothing, seeding, covering, etc. begins.
Last edited by BentAero on Tue Jan 07, 2020 9:40 pm, edited 1 time in total.

Now.....when I hit the lottery......I'm gonna buy me some land out in the country up in North Alabama- where there is almost no crime, no democrats and no problems. Then I'm gonna build me a nice range kinda like Hickock45....and then build me a nice cabin there with a big front porch with a couple rocking chairs on it.......Then I'm gonna sit there and rock. And when I feel like it- I'm gonna shoot. And if Agatha don't want to go- she can stay here! 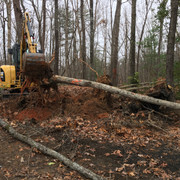 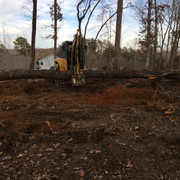 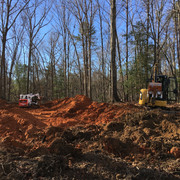 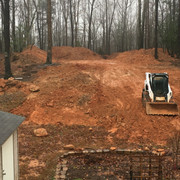 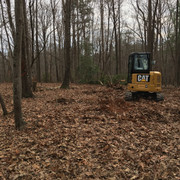 The weather forecast is calling for 4 straight days of rain. With over 10,000 square feet of raw clay exposed, the reality of what I've done... is starting to sink in.

A drag racer buddy of mine owns both of them. The excavator had 75 hours on it when I started. A few days into it, he calls me and says "I just bought a tracked-skid steer, I'm having it delivered to your house tomorrow so you can break it in". Bless you my son. It had 3.8 hours on it.
It's only cost me a lot of Diesel fuel and a broken tail light.

I've done all the work myself, except when it got down to doing the finish grading for slope/drainage, I hired a guy to help me as I needed an experienced guy to save time. The learning curve for finish work was longer than I have.

...I have property in Myrtle and familiar with the "red stuff"!

Have you ever shot at Low Country Preserve in Tabor City, NC?
They run some really nice matches there!! It's about 45 minutes from my place in Myrtle. It's just over the SC border.

It's gonna be awhile; I haven't even bought the grass seed yet.

Higgy: Anytime, for you... anytime.

By BentAero -  Sun Jan 26, 2020 10:09 pm
Like
-  Sun Jan 26, 2020 10:09 pm #27641
Persistent rain 3 weekends in a row has delayed progress. Sunny Monday thru Friday, then Saturday rains turn the raw clay into a quagmire. Finally a dry weekend! The Mrs and I worked hard sat and sun and were able to get the fertilizer and seed down on the slopes. 2/3 of it covered with straw blanket, then we ran out of staples and sunlight.

Forecast this week is: sunny and mild -until next Saturday... Looks like I'll be burning up a few more vacation days this week. 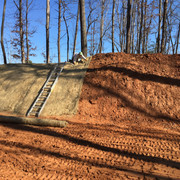 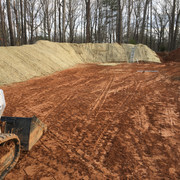 First week of February we received a devastating 7" rainfall in 18 hours. The seed was only down for 10 days when heavy rain came and it was heartbreaking to literally watch it wash away. Several places had small to serious mudslides, but the straw blanket and 2,600 staples we put in really helped contain it.

The wheelbarrow was empty the previous day...

On February 23rd the 'floor' had the perfect amount of moisture in it, so I pulled a float-drag around it for an hour, which made it glass smooth. I then aerated, fertilized, put down 25 lbs of seed, then covered it with wheat straw and began watering it. On March 1st I aerated it again and put down another 15 lbs of seed.

Much to our surprise, in early March we started seeing grass pop up on the slopes. By some miracle not all the seed had washed off the slopes. It was actually showing promise. By March 15 we had a nice crop of wheat growing on the floor! The wheat straw sprouted and grows amazingly fast. At least it's good erosion control. Thankfully the wheat doesn't choke out the seed, and the seed that the squirrels haven't eaten is growing nicely. (Side note: I put a whoopin' on the those little bastards last week sending 11 of them to the great oak tree in the sky. I counted as many as 10 at one time digging grass seed. I could pop one, wait 90 seconds, and they'd all come right back again. Wash, rinse, repeat. I've maybe culled the herd by 50%)

My Steel Challenge plates and hangers arrived last week and I'm working on fabricating the stands, as I had plenty of free steel to recycle/reconfigure. Slow, but sure, I'm getting there. 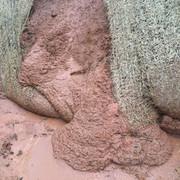 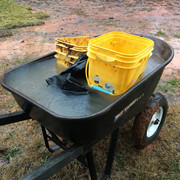 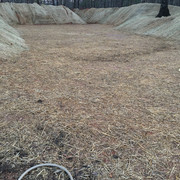 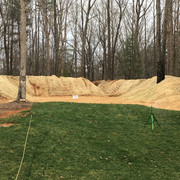 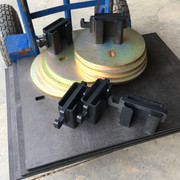 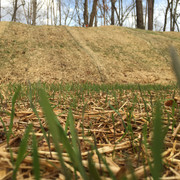 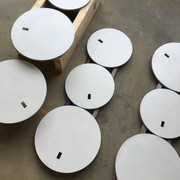 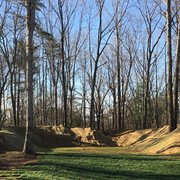 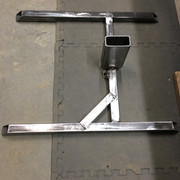 Looks to be cheaper at a few other places. Didn't[…]

Does Badgergirl approve? Way to break the mood! […]